A young professor is performing an experiment in his high tech laboratory. He is being assisted by his assistant, whom happens to be a monster that is big, pink and friendly. He is a little worried about the experiment however.


This digital illustration was created in a vector based programme, and is based on a anime/ manga style of drawing. Created during autumn 2013.

This oil painting was created in the spring of 2013. It depicts a girl sitting on a bench in Watts Park, Southampton, waiting for an event unknown to the artist, with only a statue and lamppost for company. The statue featured is one of Sir Issac Watts, an English hymn writer, a resident of the town and born there in 1674. The park is also named after him.


The painting is based on a photograph taken during an autumn day a few years previously. The oil painting is on canvas board measuring 16” x20”, initially painted with a red acrylic base. 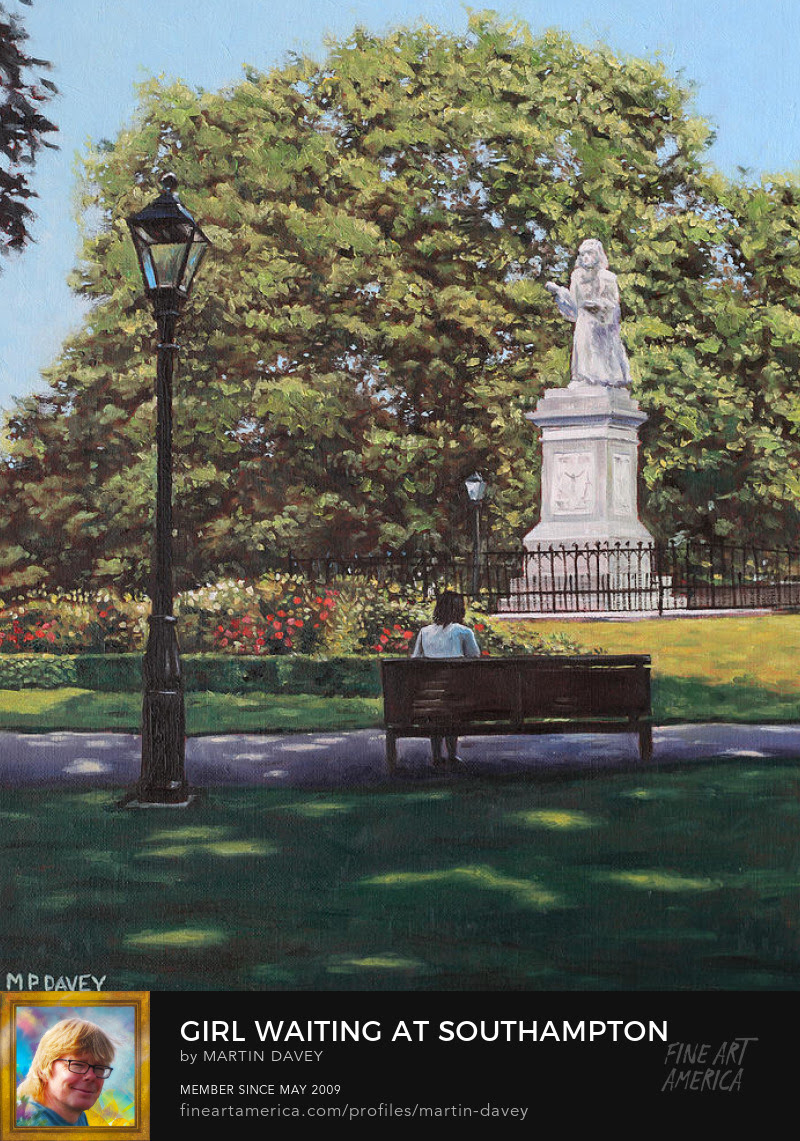