This sci-fi horror illustration features a giant monster about to experiment on a human subject.

It was painted digitally in 'Auto Sketchbook Pro' during January 2021. The first panel features a rough sketch with a digital pencil, while the second one shows colour now roughly painted into the illustration to give an indication of colour placement. It can be seen that the position of the human figure has been changed too. In the third panel can be seen the completed illustration. The painting and details are finer and it should be noted that between the 2nd and 3rd stages that the image is enlarged to about four times its original size and worked on at this larger scale to produce a fine resolution image. The hexagonal background was taken from a beehive image and altered in photoshop.

The illustration can be seen in greater detail on this link. 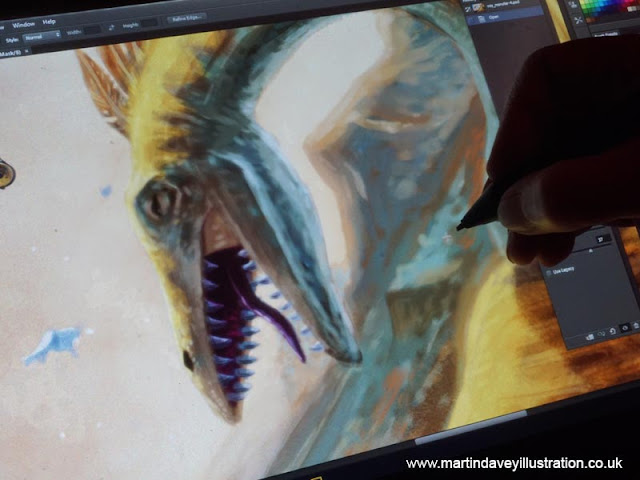 A small snippet of a prehistoric like creature illustration...
Posted by martyee at 08:27 No comments: 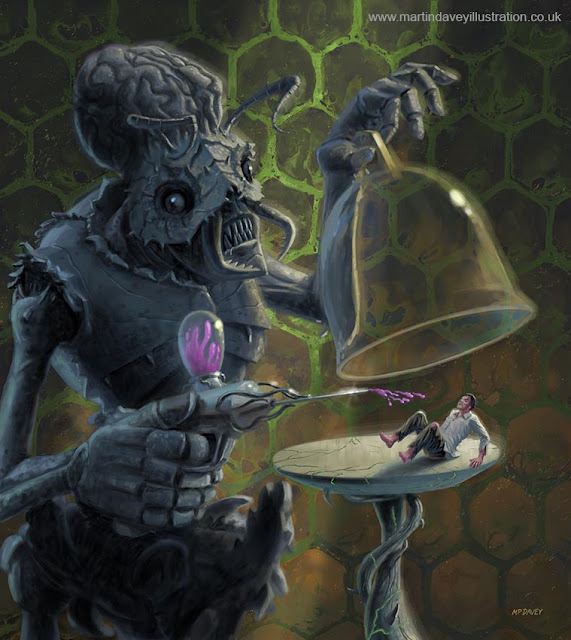 Digitally created in SketchBook Pro during January 2021 this retro Sci-fi illustration features a giant insect like creature about to experiment on a human prisoner. He is kept in a glass jar on a platform that cannot be escaped from, sited within a mysterious 'hive' like laboratory.

This horror illustration artwork can be seen in finer detail by following the link to an external site. 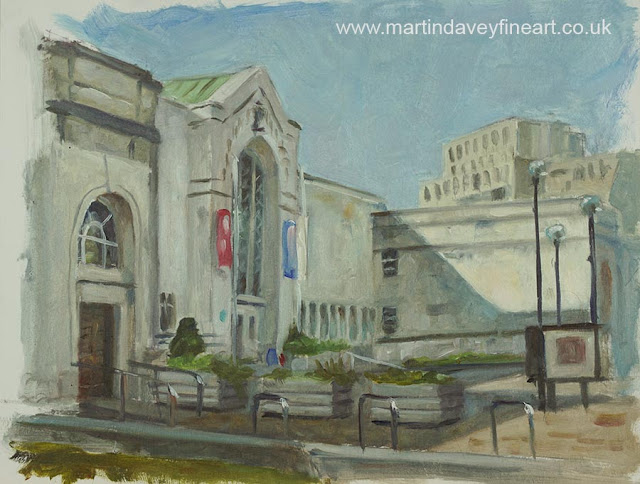 This plien air landscape art shows the entrance to Southampton City's Art Gallery during a sunny September morning. It is painted in oils on a piece of primed mounting board sized at 12" x 10. The gallery is a grade II listed building and opened in 1939 and situated within the city in the county of Hampshire, UK. 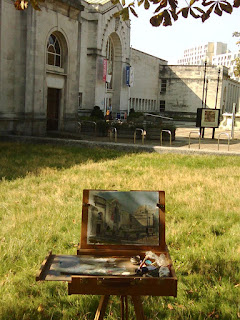