This painting was done in March 2013. It shows Blue Anchor Lane in the boundaries of the old part of Southampton City. On the right can be seen the Tudor House Museum and King John's Palace. On the left are flat built c1980s, but originally on the site were other Tudor dwellings, with the upper floors overhanging the street, which were pulled down during the Victorian era. The street, built on a slope down to where the sea was originally, was known locally as 'Piss Pot Alley'. The occupants of the houses would throw out waste water, etc, straight out in to the street where it would go run down to the sea. St. Michael's church, founded in 1070, can be seen in the distance.
The painting is created on canvas board, sized to 16” x 20”. Initially the board is painted a bright red ground. Then the actual painting, done in Acrylics, worked on top. 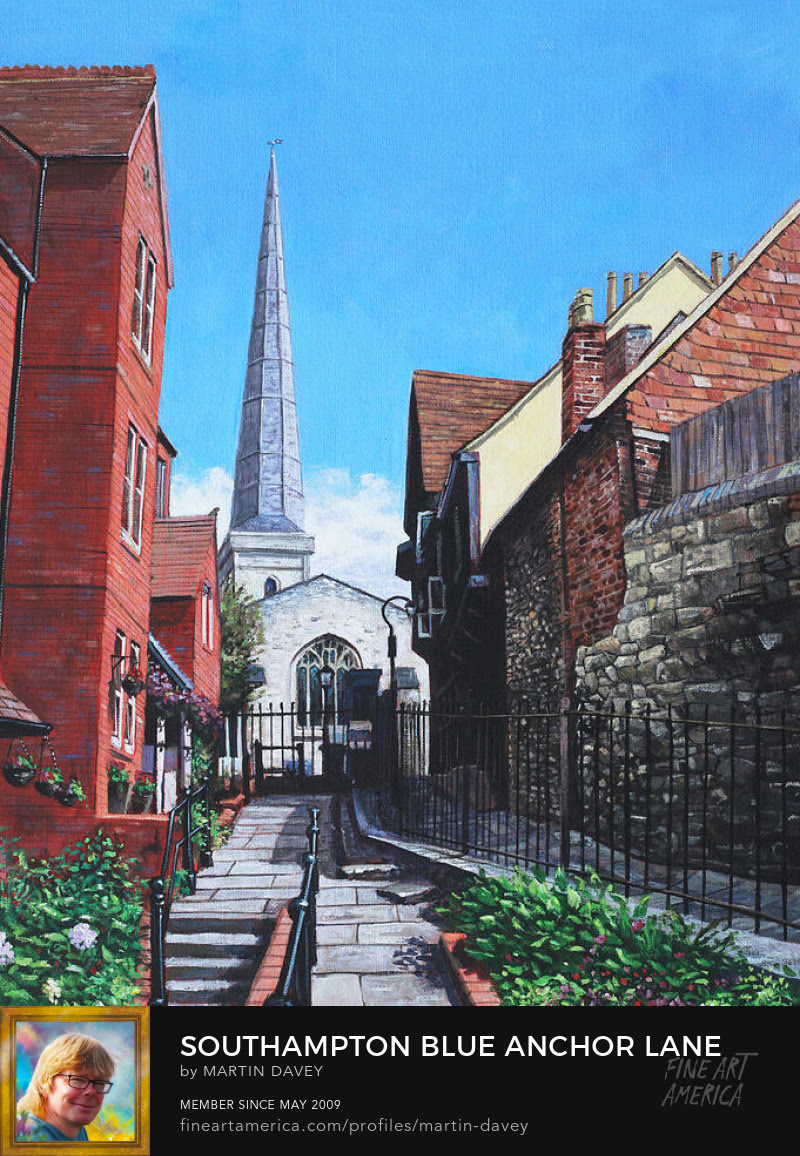 This beach digital illustration, was created in July 2013. It is drawn in a vector based programme, and output at A3 size. The illustration shows a young boy at the seaside, looking disappointed, and horrified, as he has just dropped the ice cream out of his cone straight on to the sandy beach. A large red and hungry crab is making its way to the ice cream for an unexpected snack.

This Oil painting was done in May 2013, and shows a young family out in a Southampton Park during an Autumn.
The painting is created on canvas board, sized to 16” x 20”. Initially the board is painted a bright, Acrylic red ground. Then the actual painting, done in Oil, is worked on top.